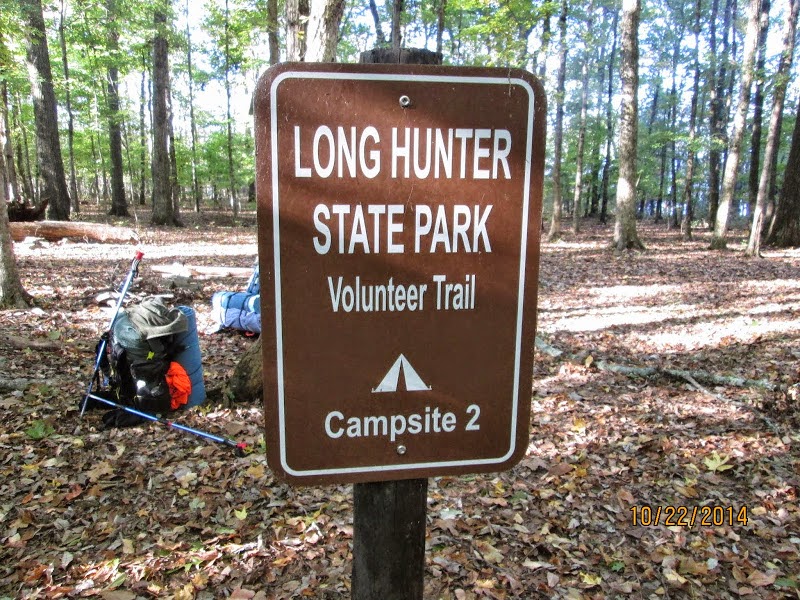 The Outcast Hikers have officially started there eighth season. They picked the annual hike of Long Hunter to start with once again. Craig started the season off with an injury and could not make the hike.

Troy, Marco, and Travis got to the trailhead to find that they had changed the beginning of the trail this year.  It is a good change as the old gravel road it used to follow was usually a little overgrown. There was no hikers on the trail today so they had it all to themselves. They saw deer and turkey on the the way to there camp.  This is the first time that they used campsite #2.  At the office they said that someone else was at campsite #1, but they never saw them.

This was a time to try out new gear.  We all have new tarps and new set ups for our hammocks. Troy tried out his new backpack. Everything checked out good. They collected firewood and headed out to the point to see the sunset. Another great night around the fire taking cough medicine and telling lies.

The next morning they got up and enjoyed the morning.  They made it back to the day loop before they saw the first person.  Then they saw lots of people.  One man was walking his Pitbull puppy.  A few minutes later they heard a lot of yelping and barking and the dog come running back with leash in tow.  The leash wrapped around a tree so Travis got to catch the dog for the owner.  He came running back down the trail all out of breath.  They found out that the man had tripped and dropped the leash.  It had a automatic rewind, so it rewinded and hit the dog in the back of the head.  The dog got scared and ran off.  Entertainment for all.

Pictures:
Posted by THE OUTCASTS at 6:25 AM No comments: